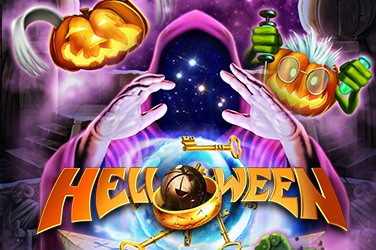 Helloween isn’t simply an amazing pun and superb idea for an online slot name, it is also the name of a German power metal band (as if you didn’t know!). The subtitle to Helloween is The Keeper of the Seven Keys, which was the name of the band’s double album released in 1987 and 1988.

Just as in NetEnt’s seminal Guns ‘N Roses Video Slot, The band’s music plays throughout the game as we spin the reels, and each bonus feature is named after one of the band’s tracks. The only question remains, are you ready to rock? 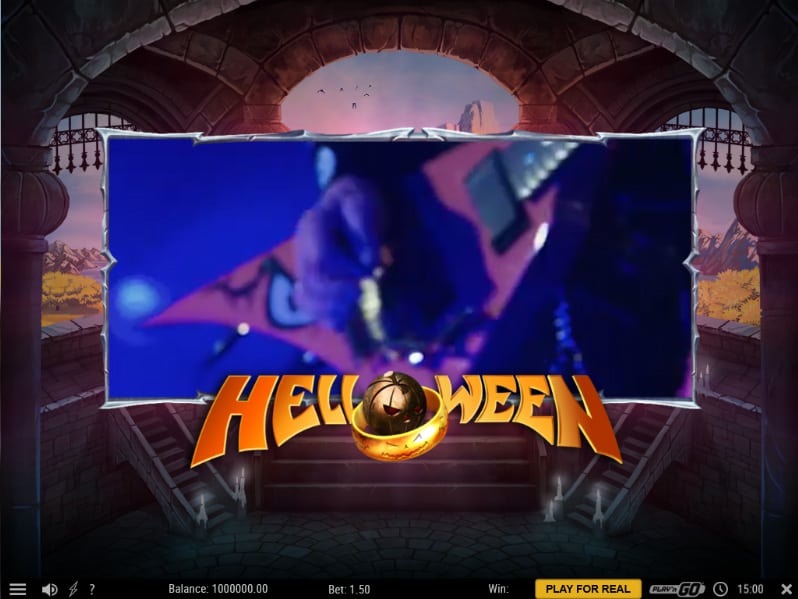 We are treated to a small clip of Helloween playing live during the intro, and again when we trigger the bonus features, which really makes the slots play come alive. 9s through Aces make up the game’s lower paying symbols, styled in true rock font. A Key, Demons, Mage and Ring are the game’s higher-paying symbols, with the Ring awarding the joint top payout of x20 your stake, along with the Pumpkin Wilds.

The blue ethereal Orb Scatters also act as Wilds, but it is during the bonus features that the Wilds really spring to life. They fly, dance and march to the tunes of Helloween, with the 2x2 Wilds on the I Want Out feature really bringing home the scary nature of rock! 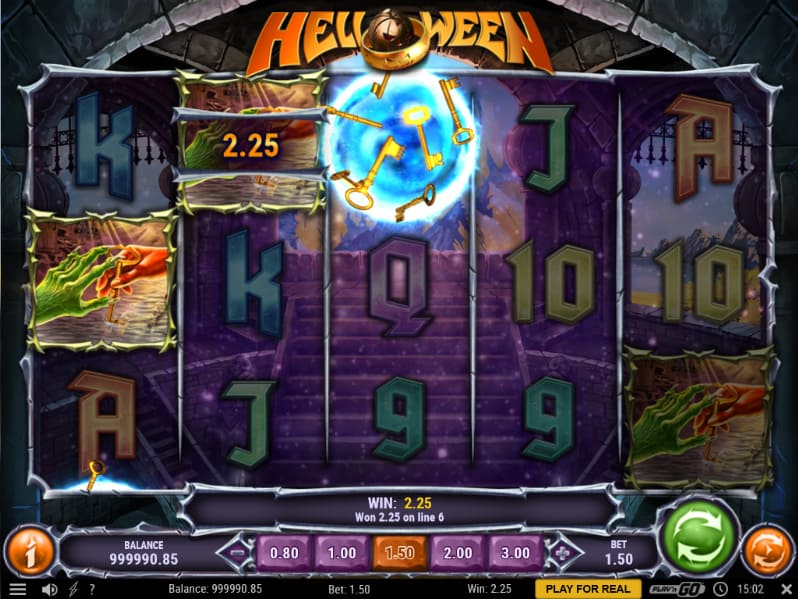 The Helloween tracks that accompany the gameplay aren’t the only bonuses to the Helloween Slot. Landing a blue Orb Scatter on reels 1, 3 and 5 triggers one of seven free spins features, which is chosen at random by the spin of a heptagram. On the tip of each point sits a pumpkin, each of which strikes a different pose. Not since Microgaming’s Halloween slot have the bonuses been so spooky.

Each bonus feature in Helloween is named after one of the band’s tracks, as in the NetEnt Rocks series of slots. Each feature awards 5 free spins featuring a Wild modifier, apart from Helloween Free Spins which awards 7 free spins.

● I’m Alive - Wilds are held in place and expand up or down one place on each spin.
● Future World - Wilds expand to fill the reel they land on.
● Eagle Fly Free - One Wild flies onto the reels on every spin, changing position with each following spin.
● Dr. Stein - Each spin selects a different lower paying symbol to turn Wild.
● March of Time - The Wilds becomes Walking Wilds, which move one space to the left with each spin.
● I Want Out - Every Wild that lands explodes into a scary 2x2 Wild!
● Helloween Free Spins - 7 free spins are awarded, which will retrigger when you land three more Scatters. 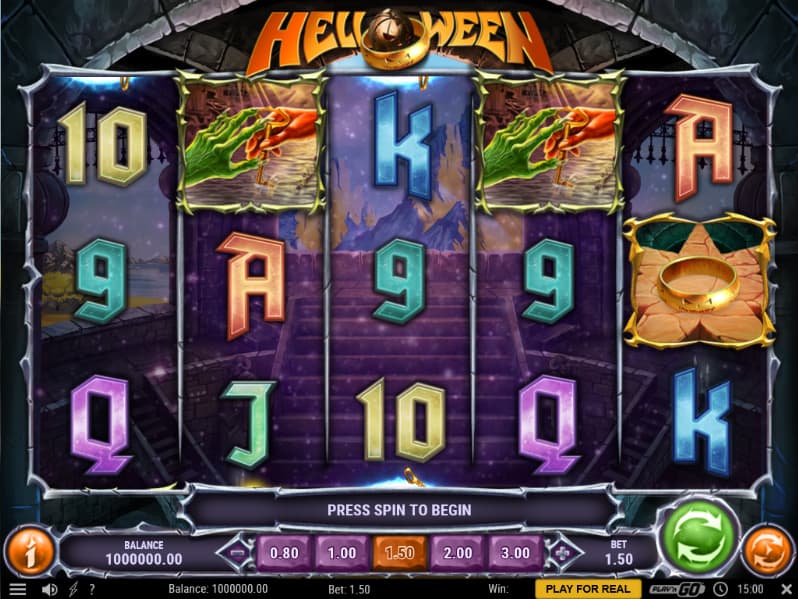 Helloween is a slot that celebrates the hard rock music of Helloween without taking itself too seriously. The pumpkins are mostly comedic rather than scary, though the I Want Out feature does amp up the fear factor with its freaky Exploding Wilds. Overall, Helloween is a top notch addition to the rock slots genre, and can happily hold its own in a Battle of the Bands with the likes of Motörhead and Guns N’ Roses. The multiplier up to x10 that can be awarded following each bonus feature version elevates this slot game even further into true Rock God territory.