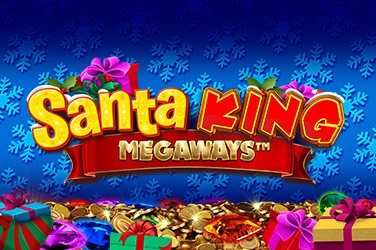 It is impossible to play a Megaways slot game without comparing it to other Megaways slot games. Every slot developer and their dog has been licensing the Megaways game engine from Big Time Gaming. With major releases like Rainbow Riches Megaways and Return of Kong Megaways sprucing up their original titles and giving us all what we want – more ways to win!

With up to 117,649 ways to win and six reels to play on. Inspired Gaming has made the inspired choice by releasing this update of its Reel King slot.

While the reel case and payment structure might have been reinvented to incorporate the Megaways game engine, the graphics are similar to the original Reel King slot. The symbols have been given a dusting of snow to add an extra touch of Christmas flair, but the reels light up in the same way as they do in the Reel King slot. NetEnt pursued a similar strategy when it released its Fruit Shop Christmas Edition slot in 2015, keeping the spirit of the original while adding an extra slice of Christmas pizzazz.

The game symbols in Santa King Megaways return as 9s through Aces, with Watermelons, Blueberries and Cherries taking up mid-range paying positions in between. The top-paying symbol, however, is the Sack of Gifts, which pays out x50 your stake for landing six on a payline.

The Megaways engine works dynamically by displaying between 2-7 symbols on every single reel, with the top reel adding four extra symbols to boost the Ways to Win. There is some variation between Megaways slots, but broadly the concept is the same. Usually in Megaways games you have to land four Scatters to trigger the bonus game, but in Reel King you have to light up all six reels. This can be awarded randomly by the game, or you can light up additional reels by scoring wins.

As with other Megaways slots, every winning combo Cascades to allow more symbols to fall in their place. Triggering six consecutive Cascades launches the bonus game, though this can also be done through a combination of the two.

Inspired Gaming’s Santa King Megaways is not only a smart addition to the Megaways family, but also a welcome slot in the Christmas slots games section. It ticks multiple boxes, and the mechanism of lighting up the reels to award the bonus game is a visual treat as much as it is a nifty difference to more traditional scatters. It has you on the edge of your seat, while landing the Mega King bonus game, in particular, will leave you with more than a Christmassy feel in your bones.