Just in case we weren’t sure where Sherlock Holmes is based. Rabcat explicitly state it in the title of its Sherlock of London Slot. It’s time to take to the Victorian streets of England’s capital with Dr Watson following close behind as we use bonus features to help uncover impressive wins. 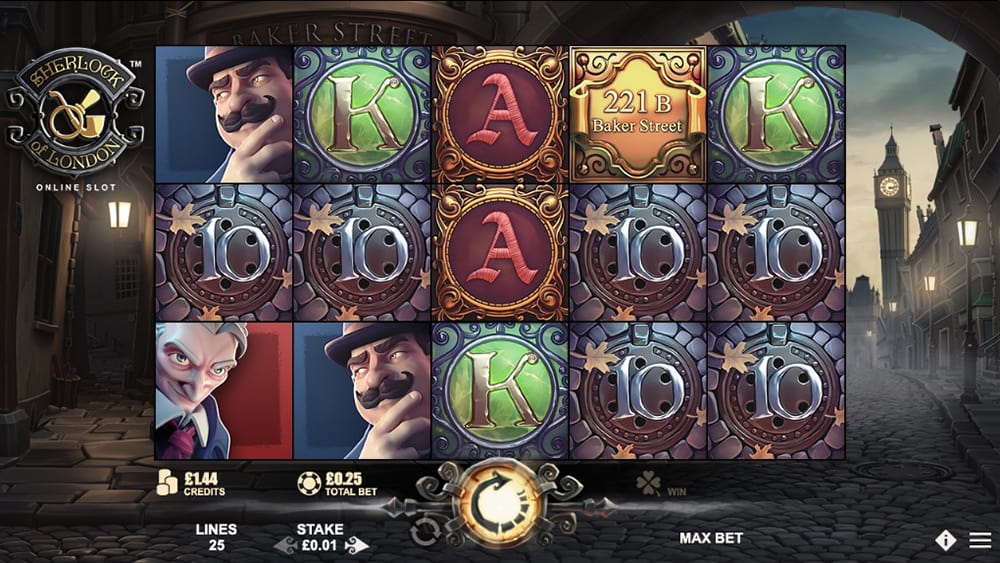 Rabcat has done an amazing job of bringing Sherlock to life on this slot. The backdrop is Victorian London, complete with mist and shady characters lurking in the background, alongside landmarks such as Big Ben.

When it comes to the design of the symbols and the reels, we’re absolutely blown away. It’s just the right line between realism and cartoon - much in the vein of Microgaming’s Agent Jane Blonde franchise - and truly is a joy to watch the reels spin and the action pan out.

Even better when the symbols form winning combinations! The royal card suits make an appearance as the low value symbols, all ornately designed as if they should be placed on the front door of a mansion. And some of Sir Arthur Conan Doyle’s best-loved characters make up the high value symbols.

This includes Dr Watson, Irene Adler, Inspector Lestrade and the villainous Moriarty. Sherlock obviously appears too and is the Wild, while the 221B Baker Street symbol gives us 0.8, eight or 40 times our stake for three, four or five on a payline. 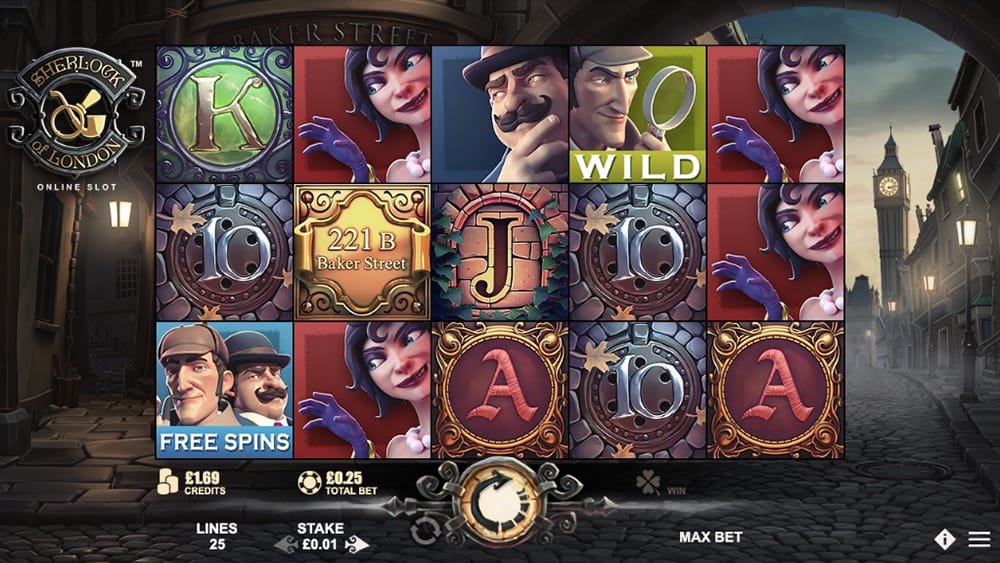 For such a neatly designed slot, the game mechanics match too. Meaning each spin of the reel is as smooth as Sherlock’s chin (have a look and you’ll see what we mean).

When we land wins we get to see fun animations, such as Sherlock and Watson chasing a robber when we bag a high win. Thankfully they retrieve the loot and it goes straight into our balance.

Just like in the books, Sherlock is integral to the core of the story, this time round he helps during the base game bonuses. When we get more than one Sherlock Wild on the same spin, it triggers the Connecting Wilds feature.

Two Wilds next to each other give us a Double Win while the Bonus Spins activate when we get a Wild on the first or second reels. On top of that the Scatter symbol gives us ten Free Spins, during which Dr Watson doubles up as a Wild and Sherlock now extends to an Expanding Wild.

Also, if more than one Sherlock appears on the reels they connect to make Connecting Wilds, so a Sherlock symbol on reel 1 and one on reel 5 would leave us with an epic five-of-kind Wild win, for example. The formidable duo truly work together to help us win up to 2,000 times our stake on each spin. Elementary! 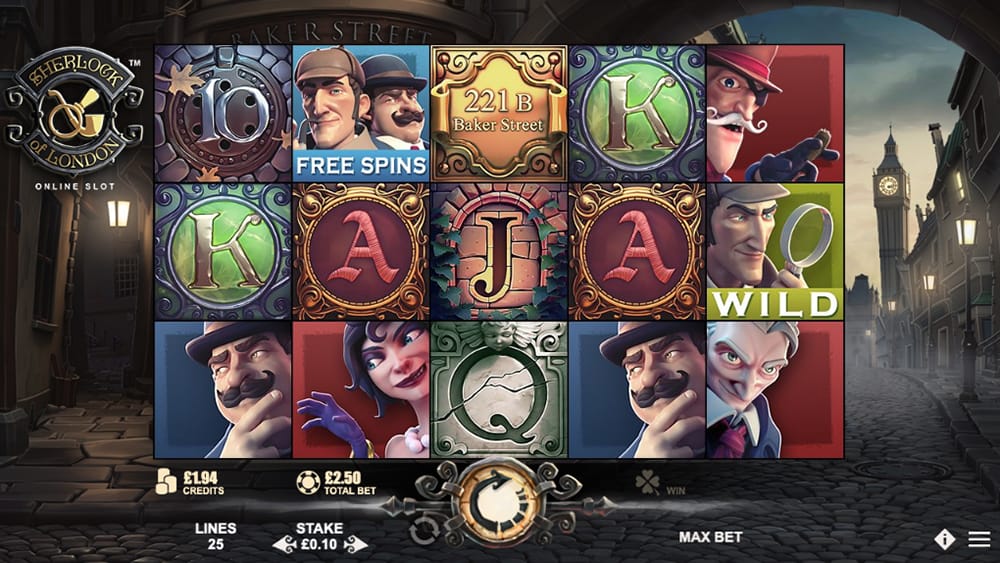 Sherlock of London really has it all for a slot. Great characters based on someone we all know and love with the characters integral to the gameplay and the story (ELK’s Taco Brothers slot, anybody?)

And if you don’t love Sherlock, there’s plenty of source material for you to get into, just check out Benedict Cumberbatch’s TV version. This one has a better deerstalker though. And Free Spins, multiple Wild features and awesome animations.