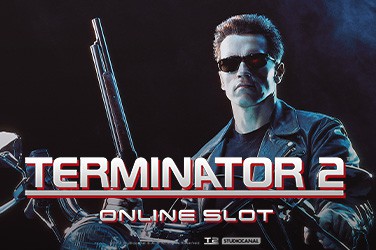 When you remake something you have to ensure it is at least as good as the original. James Cameron managed that when he made Terminator 2: Judgement Day, and Microgaming’s Terminator 2™ Online slot more than did the film justice on its release in 2014.

The popularity of the franchise has never waned, so to see the Terminator 2™ Remastered slot released is sure to tickle the fancy of many a Schwarzenegger fan, and even more fans of that movie. 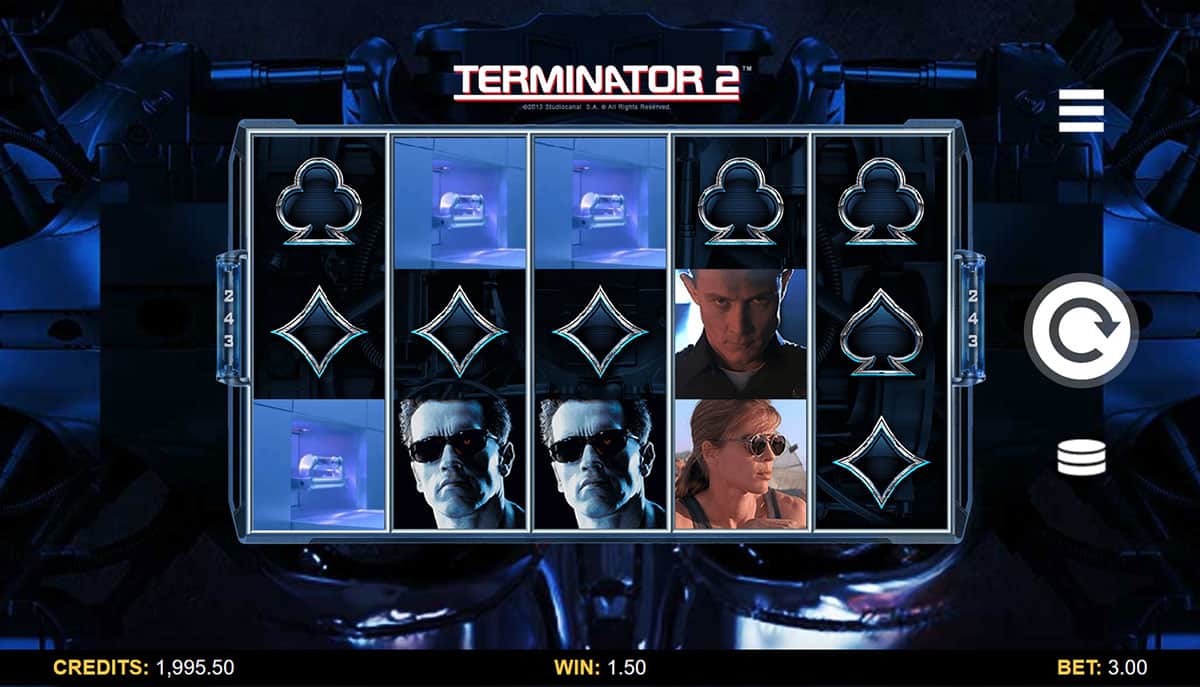 The graphics on the Terminator 2™Remastered slot are nothing short of sumptuous. They transport us directly into the world of the Terminator, surrounding the reelcase in darkness and using full colour HD stills from the movie as the game symbols. Microgaming has form for creating top-notch licensed slot games like its Jurassic World and Game of Thrones slots, among others, so you would expect nothing short of sheer brilliance from Terminator 2™ Remastered.

Metallic looking card suits make up the lower paying symbols, paying x1.66 your stake for Clubs and Diamonds and x3.33 for Spades and Hearts. The movie’s key characters take us up through the paytable. Sarah Connor, T-1,000, John Conner and Schwarzenegger’s T-800 complete the payouts, with the game’s top payouts reserved for the T2 Wild symbol. This not only completes winning combos but also awards x1.66, x10 and x50 your stake when you land three, four or five of them adjacently on the reels. Any time you land a big win, you are treated to some HD clips from the movie. Epic. 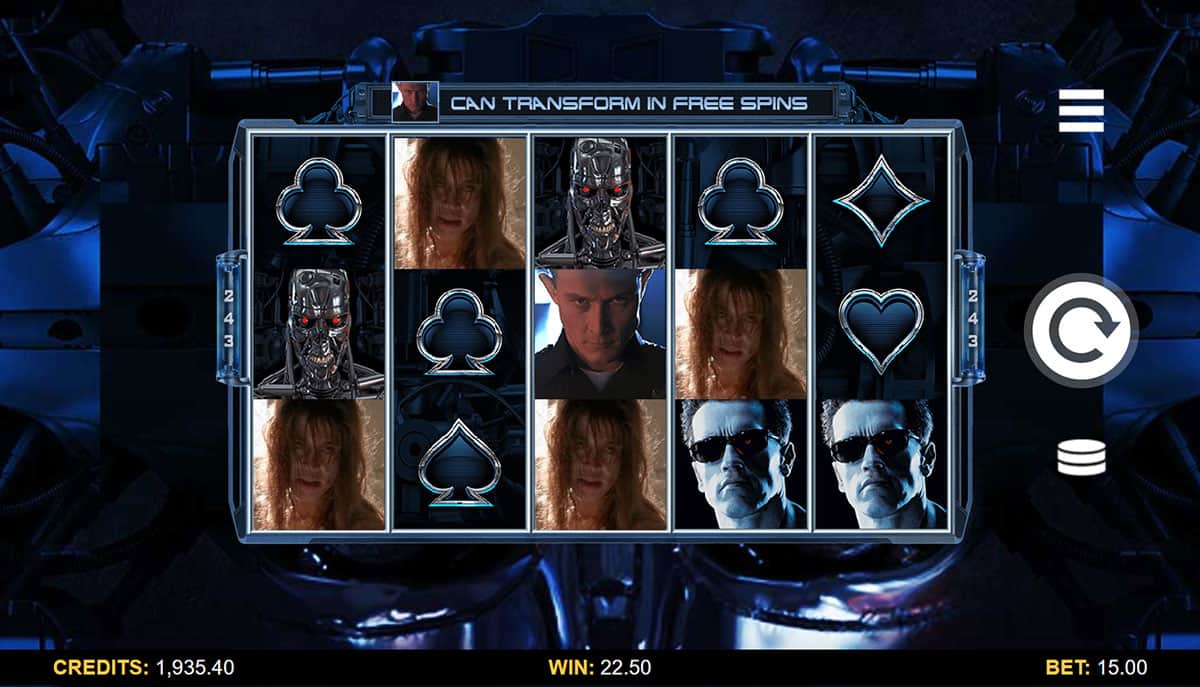 There is one confusing element to this slot, so let’s get it out of the way first. Microgaming used to run a weird payment structure to its online slots, in which it started the minimum bet at 0.30 and ran it up to 15, increasing in increments of 0.30 as it went. This strange bet toggle continues, even though there was really anything that needed fixing about the first slot...it was that! Anyway, you have a handy slider when you open the bet interface so choose your bet level. Back in the game, you have two bonus features to get to grips with.

● The T-800 feature - activates completely at random on any non-winning spin. The reels turn red as we see through the eyes of the Terminator, and he locks on high paying symbols as targets. Each symbol is awarded a payout value, which you earn when it finishes. If you land a Scatter during the T-800 feature you will also trigger the Free Spins bonus game.
● Free Spins feature - Land 3 or more Scatters to launch 10 free spins, with the reelcase expanding to now be played over 1,024 Ways. The T-1000 symbol can transform into any other symbol to award the highest possible win. 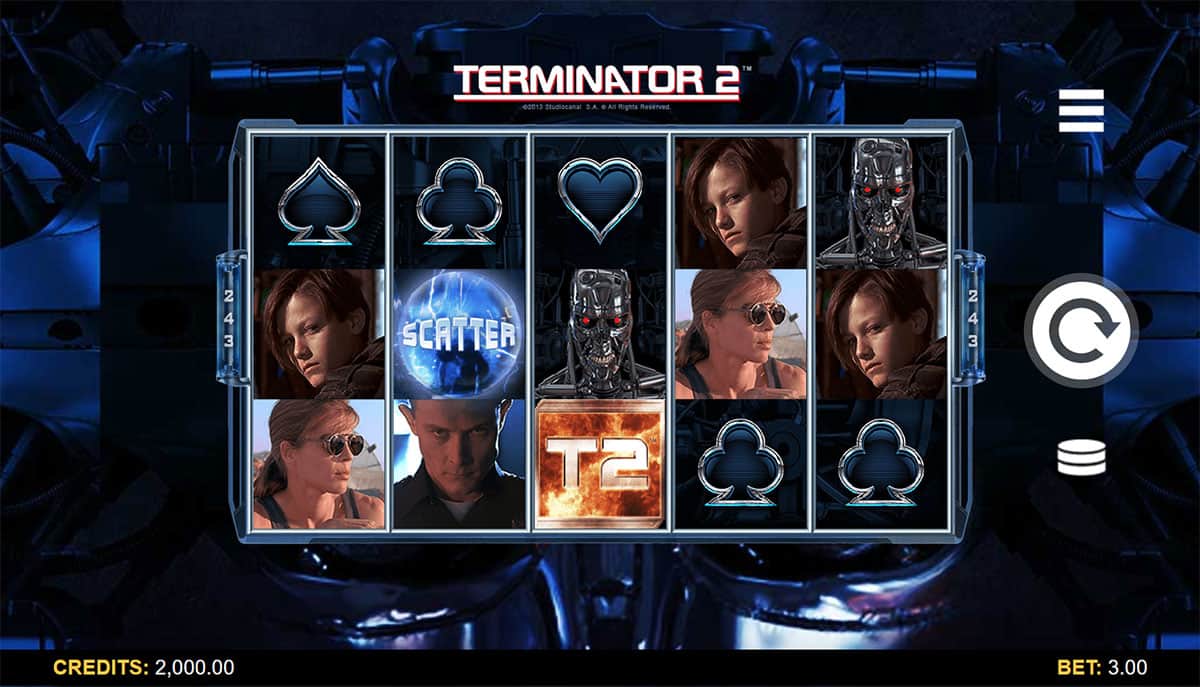 The weird bet interface aside, the Terminator 2™ Remastered slot is, quite simply, awesome. There are different approaches to adapting movies to online slots, and Microgaming has mastered them. If you are a fan of the movies you will love this slot, and the execution of the bonus features is second to none. We would have liked more free spins, but then again wouldn’t we always?

You can never have too many! Thanks to the T-800 feature, the Free Spins game and the HD clips of arguably one of the greatest action films of all time, there is plenty to keep you entertained here.